On July 4th, the Continental Congress formally adopted the Declaration of Independence, which had been written largely by Jefferson. Though the vote for actual independence took place on July 2nd, from then on the 4th became the day that was celebrated as the birth of American independence.

The Quotes are very helpful to the spontaneous celebration of a historical day. Here the below, you will find the best collection of the Top inspirational Happy 4th of July Quotes. 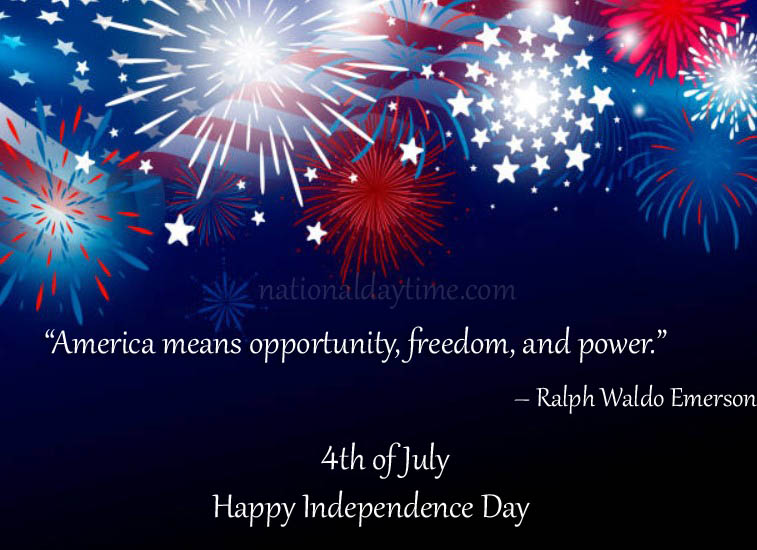 45.“Remember, remember always, that all of us, and you and I especially, are descended from immigrants and revolutionists.” – Franklin D. Roosevelt