Columbus Day 2021 – Monday, October 11 in the United States! Columbus Day is a celebratory day that falls on October 12, 1492, to celebrate the first-time arrival of Christopher Columbus in the Americas. It is observed not just in various regions of North America, but also in portions of Latin America and the Caribbean. Although it was sometimes incorrectly considered to be the day when America was “found,” that concept has been greeted with the considerable dispute over the years due to the overwhelming body of scientific data proving that this explorer was not the first European to set foot on the shores of the New World.

Regardless, Columbus Day is still observed by many people since the explorer’s voyage of the Americas actually opened up the horizons of the New World to European colonization. It is also a proudful observational day to lots of Italian-American communities, who take great pleasure in this day. However, in recent decades, this event has been marred by considerable controversy owing to Christopher Columbus’ numerous atrocities towards Native Americans during his tenure as an explorer. As a result, several communities in California, New York, Minnesota, Colorado, and elsewhere have renamed this event as Indigenous Peoples Day. This day no longer needs to be a sad remembrance, but rather a wonderful sign of how far we’ve come. It’s time we teach ourselves about the Native American culture and discover further about our country’s roots! 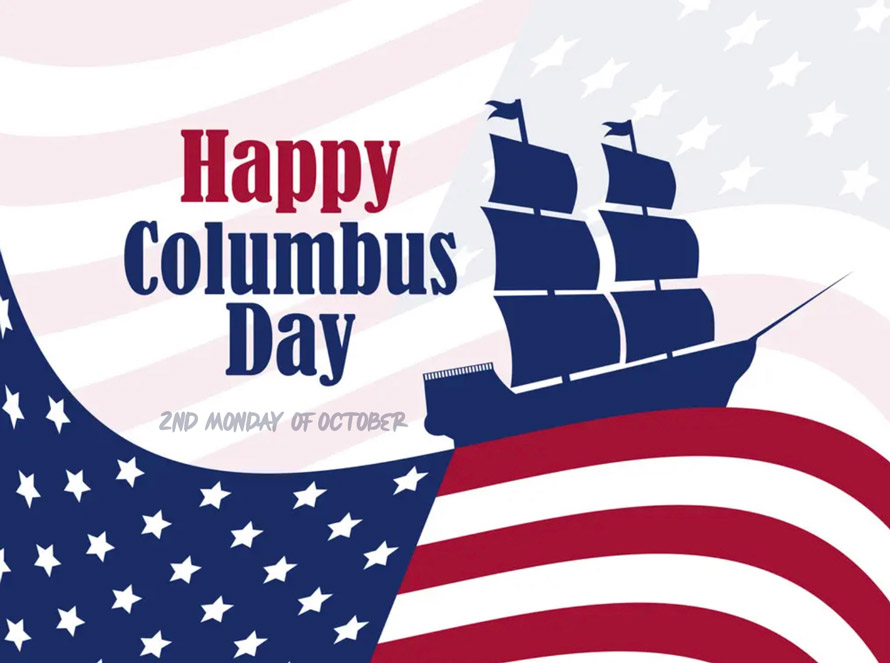 Christopher Columbus’ landing in the Americas has been commemorated from the time of colonial times. The first city-wide or state-wide festivities of this event occurred in 1792, when numerous U.S. cities, including New York, commemorated the 300th anniversary of this explorer’s landing. This day, however, would not become an official holiday until 1906, when the state of Colorado proclaimed it as an official state holiday. After the passing of another 31 years during 1937, the day became an official government holiday.

Although it is an official government holiday, its commemoration, or lack thereof in certain situations, varies across the country. Although a number of states commemorate it and even cancel classes on this day, others simply disregard it. Alaska, Hawaii, Oregon, and South Dakota, for example, do not celebrate the holiday at all, although Virginia and Florida do.

Native American Day has taken the place of Columbus Day in certain places. This was done not just to express sympathy with the indigenous peoples of the Americas, but also for the purpose of steering clear of commemorating Christopher Columbus’ landing — which closely followed Spanish conquistadors’ colonization of the Americas.

How to Celebrate Happy Columbus Day 2021?

1. Improve your knowledge of American history.

It is critical to recognize the history of the indigenous peoples who lived in this area before European immigrants came. Don’t assume that the answer you know is the right one — the history you learned in school might’ve been European-centered and chances are they may not have contained much information regarding Native culture and history.

Instead of ignoring the subject, one of the most essential things you can do is to discuss Native American life and concerns. Sharing experiences and discussing native concerns can assist to promote awareness.

3. Buy some native products, what say?

When you buy an indigenous person’s artistry, handcrafted clothes, or any product, you are not only helping the native economy but also conserving the heritage. Furthermore, the exquisitely created items are of the highest quality and will be a unique collection that you will treasure for several years.

You can also share on social media with the hashtag #Indigenouspeopleday instead of #ColumbusDay and let the people in your social circle be aware of the real history of the day. Because everyone deserves to know the real history and show solidarity with the people who were wronged in a heartbreaking manner.

Why Columbus Day Is Important?

Columbus Day works as a trigger to go back to our roots and remember our ancestors. It also provides a chance for inner self-reflection, to keep our moral compass in the right direction.

When is Columbus Day celebrated?

“Be a Columbus smell the fragrance of the new lands and discover them.”

Every ship that comes to America got its chart from Columbus.

“In all parts of the Old World, as well as of the New, it was evident that Columbus had kindled a fire in every mariner’s heart. That fire was the harbinger of a new era, for it was not to be extinguished.” — Charles Kendall Adams

“He stands in history as the completer of the globe.” — John Sterling

“Every ship that comes to America got its chart from Columbus.” — Ralph Waldo Emerson

“If Columbus had an advisory committee he would probably still be at the dock.” — Arthur Goldberg

“I also hate those holidays that fall on a Monday where you don’t get mail, those fake holidays like Columbus Day. What did Christopher Columbus do, discover America? If he hadn’t, somebody else would have and we’d still be here. Big deal.” — John Waters

“Perhaps, after all, America never has been discovered. I myself would say that it had merely been detected.” — Oscar Wilde

“America’s one of the finest countries anyone ever stole.” — Bobcat Goldthwait

“What a pity, when Christopher Columbus discovered America, that he ever mentioned it.”

“The real voyage of discovery consists not in seeking new landscapes, but in having new eyes.” — Marcel Proust

_On the off chance that Columbus had a warning advisory group he’d most likely still be at the dock. He has been a leader in the toughest situations and still have been a winner.

_In all pieces of the Old World, just as of the New, it was clear that Columbus had fueled a flame in each sailor’s heart. That fire was the harbinger of another time, for it was not to be doused.

_Young fellows! I welcome you to legitimate, devout heart-ponder. Each man has in himself a landmass of unfamiliar character. Glad is he who acts the Columbus to his own spirit!

_Columbus circumvented the world in 1492. That isn’t a ton of strokes when you think about the course.

_The things that haven’t been done previously, Those are the things to attempt. Follow the footsteps of Columbus.

_Columbus longed for an obscure shore At the edge of the distant, And his heart was intense and his confidence was solid As he wandered with risks new, And he paid no regard to the scoffing crowd Or the feelings of dread of a questioning team.

_At the point when asked by an anthropologist what the Indians called America before the white man came, an Indian said essentially, Our own.

_Be a Columbus smell the aroma of the new grounds and find them.

_Each ship that comes to America got its diagram from Columbus.Make your mark everywhere you go that’s called success.

_In all pieces of the Old World, just as of the New, it was clear that Columbus had encouraged a flame in each sailor’s heart. That fire was the harbinger of another period, for it was not to be doused.

_He remains in history as the completer of the globe. I wish that each one of us get inspired from him.

_A ship in harbor is protected, however that isn’t what boats are worked for.

_One doesn’t find new grounds without consenting to dismiss the shore for quite a while.

_The genuine voyage of revelation comprises not in looking for new scenes, yet in having new eyes.

_On the off chance that Columbus had a warning board of trustees he would likely still be at the dock.

_I likewise abhor those holidays that fall on a Monday where you don’t get mail, those phony holidays like Columbus Day. What did do, find America? On the off chance that he hadn’t, another person would have we’d at present here.

_Maybe, all things considered, America never has been found. I myself would state that it had simply been distinguished.

_What a pity, when found America, that he at any point referenced it. Glad Columbus Day from my shore to yours!

_The genuine voyage of disclosure comprises not in looking for new scenes, yet in having new eyes.

_Columbus just found that he was in some new spot. He didn’t find America.

_Glad Columbus Day from my shore to yours!

_All of us has in him a landmass of unfamiliar character. Favored is he who acts the Columbus to his very own spirit.

_Wealth don’t make a man rich, they just make him busier. But curiosity to find something new makes them rich.

_The ocean will give each man new expectation, and rest will bring dreams of home.

_Life has more creative mind than we convey in our fantasies. Columbus was the most creative man of all times and also curious.

_For the execution of the voyage to the Indies, I didn’t utilize knowledge, science or maps. Use instincts to reach to your destination.

_Nothing that outcomes in human advancement is accomplished with consistent assent. Those that are edified before the others are sentenced to seek after that light notwithstanding the others.

_Gold is the most valuable everything being equal.

_Subsequently God offers triumph to the individuals who pursue His way over clear difficulties.

_It is anything but difficult to find what another has found previously. But columbus never left hope and now marks the biggest territory on the map.

_I have come to accept this is a powerful mainland which was until now obscure.

_By beating all deterrents and diversions, one may unfailingly touch base at his picked objective or goal.

_Columbus had all the soul of a crusader, and, in the meantime, exploring the idea of a cutting edge man of science.

_America’s probably the best nation anybody at any point stole. Columbus left his mark and is now the best sailor.

_A ship in harbor is sheltered, however that isn’t what boats are worked for. You should always be ready for the storms.Be columbus be fearless.

_The genuine voyage of revelation comprises not in looking for new scenes, but in having new eyes. Follow columbus and have your own perspective.

_Nay, be a Columbus to entirely different mainlands and universes inside you, opening new channels, not of exchange, yet of idea.

_America had frequently been found before Columbus, yet it had consistently been quieted. Columbus made a noise and left his mark.

_In the event that Columbus had a warning board of trustees he would presumably still be at the dock. He has been the best sailor and captain. 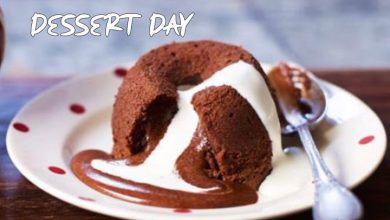 National Dessert Day 2021: When & How to Celebrate? 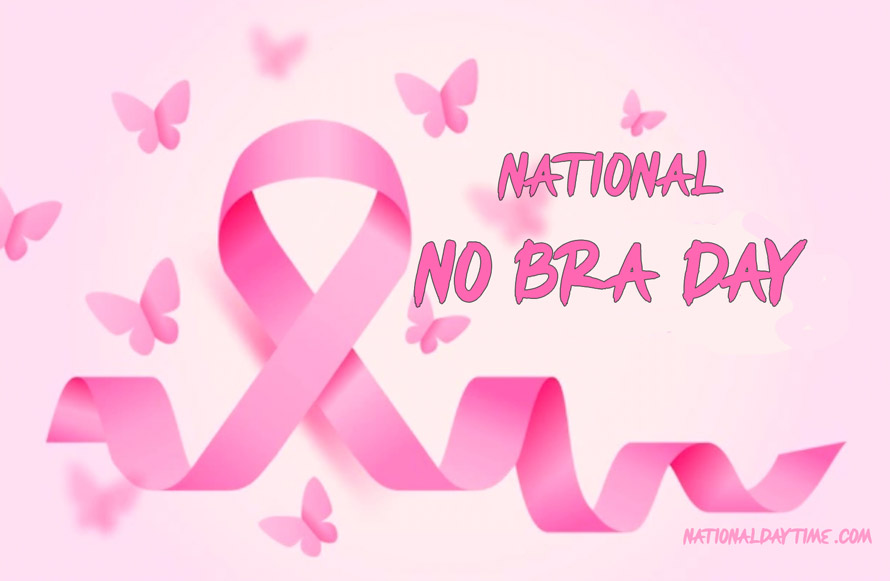 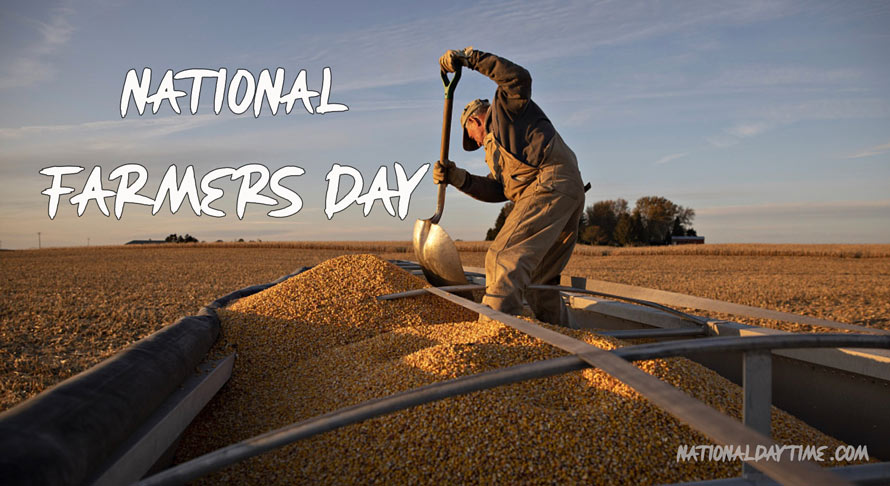 National Farmers Day 2021: When & How to Celebrate? 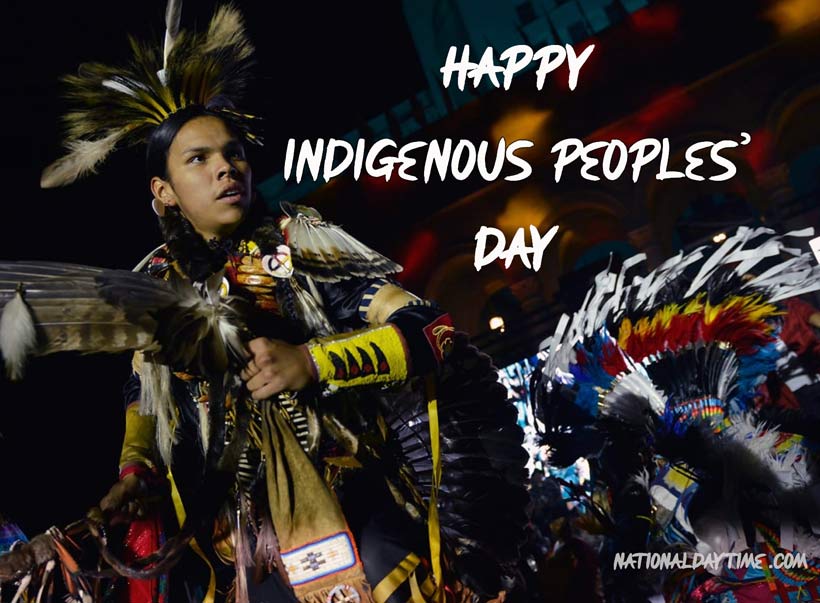 1 week ago
Leave a Reply