Memorial Day 2020 – Monday, May 25 (Happy Memorial Day)! Memorial Day is mainly a Federal holiday observed in the United States. On the last Monday in May which mostly falls on 25th May is a reminder day to honor all those who lost their lives in protecting the country during their servitude in the United States Armed Forces. It’s a day of solemnity and remembrance as well as a great cause for celebration among the Americans. Memorial Day also marks the beginning of summer. 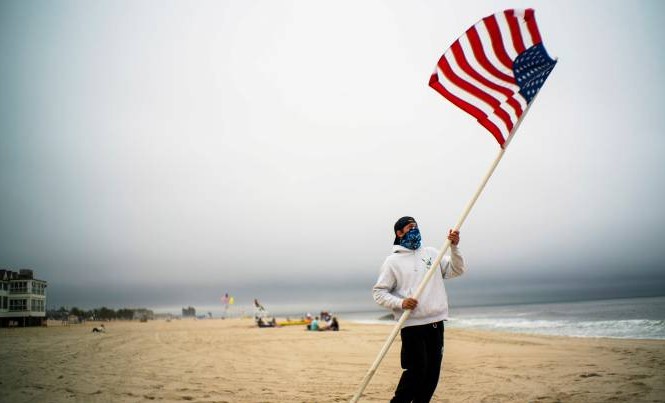 Formerly known as the Decoration Day and presently celebrated as the Memorial Day originally used to honor only those that died during the Civil War. But at the time of World War 1 when the United States of America found itself caught between another major conflict, chose to serve this day as a day of remembering and honoring that Army Personnel that died during the battle!

30th of may which Logan selected as the decoration day started to evolve as the Memorial Day for decades from that time onward. In 1968, Congress declared the last Monday of May as the Memorial Day, which did not come into effect until 1971.

May 25 is the official celebration date of Happy Memorial Day 2020.

Traditions of the Memorial Day

Memorial Day established many significant tradition due to the dynamic and historical background behind the celebration. On this day, all Americans are requested to pause for one minute exactly at 3 pm on local time to honor those who died in battles! There is also an unidentified tomb of an unknown soldier which is situated at Arlington National Cemetery. It is called as the plural sometimes such as Tomb of the known. It is called so as a way of dedicating towards those Service members who died in the battle but the body wasn’t identifiable! More than a quarter-million people come as the spectator to the Annual Parade that is arranged on this day. It’s the largest Memorial Day event in America.

How to celebrate Memorial Day 2020?

You can celebrate this day through your own unique way of paying homage to the ones who are gone and if you happen to running out of ideas, we are always here to land you a hand!

You can start the day by laying flowers over the grave of a family member who died while being at service. If you don’t happen to anyone who died, then just visit a local cemetery and put your homage and maintain silence for the solace of the soul of the deceased!

You can also hoist the flag at your home. Make it half-mast until noon and raise it full mast for the rest of the day. This signifies the persistence of the American Spirit despite facing chronic loss of lives.

Doing this collectively will make you realize how lucky you are living due to the sacrifice of the many before and you will also found the new zeal to do something for the betterment of your country!

Why the Memorial Day is important?

Well, this question is silly, to begin with! History should never be forgotten for the sake of those who give up their lives for a brighter future for the living, as well as it works a reminder of what’s at stake if we forget our own history, heritage, and fallen heroes! It’s a day of solemnity, nostalgia, pride, remembrance, and celebration all these combined! So, now hopefully the reason wouldn’t seem much puzzling to you, now would it?

Let us all come forward to serve our country in any way we can and make a vow to ourselves on this day that we won’t let the sacrifice of the fallen ones gone to astray by performing our duty with utmost sincerity!

National Text Your Ex Day 2021: When and How to Celebrated?

National Pharmacist Day 2021 – When, Why & How to Celebrate?