The much-anticipated celebratory day is maintained on 6th August of each year. 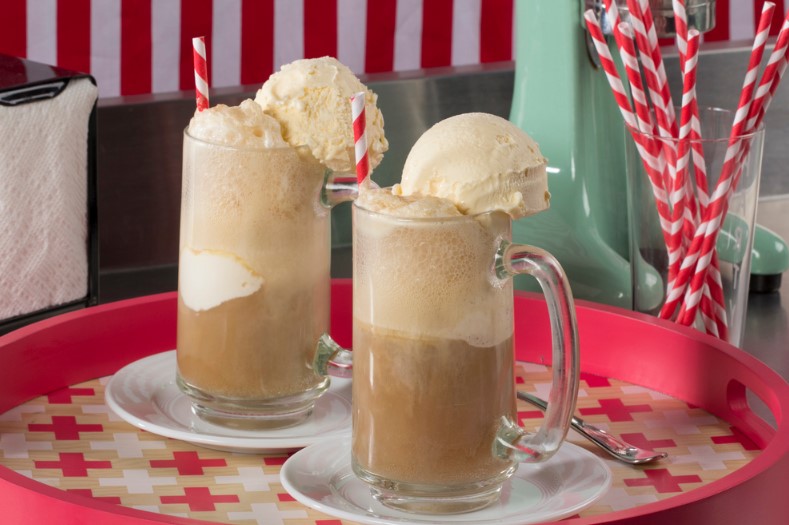 The legend goes- Colorado was the place where it all started. During the year 1893, a gold mine and tavern owner named Frank. J. Wisner in Cripple Creek was staring at the nearby Cow Mountain, when an idea started to brew in his mind. While he was lost in mountain gazing, the snowy peak seemed like a spoonful of vanilla ice-cream. He thought then and there why not serve root beer covered with vanilla ice-cream on top! So, that’s how started serving root beer float which was known as ‘Black Cow’. There is some alternative version behind its origin story, but does it even matte when one simply wants to get lost in the creamy and sweet delight of the beer!

In 1919, Ray Allen started a root beer stand in California’s Lodi. Later the humble beginning turned into the giant A & W giant restaurant chain with chain, which still serves root beer these days! In 2019, A &W threw a free giveaway of root beer on National Root Beer Float Day to their customer and people were delighted to say the least!

We can think of no other way to celebrate the day except gulping down your own hand made root beer float. All you have got to do is buy a bottle of your favorite root beer, pour it down in a glass and then serve it to yourself with vanilla ice-cream topping on it!

If you are a party freak, you can invite your friend, family, peer and neighbors for a root beer party as long as they are adult and have no issues with having root beer float. Many shrewd brewers have come up with varying level of alcohol for root beers, so you can serve it like the guest like it!

If you are a voracious consumer of root beer float, then it’s the perfect chance for you to brush up on your knowledge about it. You can simply search about facts and offers about root beer and facts and become a dependable ambassador of the drink among your acquaintances.

You can simply share your way of celebration on your social media accounts with the hashtag of #NationalRootBeerFloatDay.

We love the day because the drink is a simply deadly combination of which we can’t get enough of! The floats also come in various versions and some restaurants like A &W donates the earned money from root beer float to charity on this day.

Let’s loose ourselves in our favorite drink on the upcoming celebration of National Root Beer Float Day.

Eid Mubarak 2020: When and How to celebrate Eid al-Adha?