World Oceans Day 2022: History, Date, Theme, Celebration Ideas, Facts, Images, Pics, Wishes & Quotes! Almost 70% of the world is covered by the ocean. The rich and vibrant blue is the sanctuary of millions of lives. It is very much needed to maintain the sustainability of life on planet earth. We get various types of food items and medicines from the deep sea and most importantly it has a huge role in keeping the climate of this planet in check. It would be a horrible mistake to overlook the notion that the ocean is literally the lungs of the earth since the majority of the oxygen which is needed for our breathing purpose comes from the ocean.

The ocean helps in refreshing our mental space and plays a looming significance in the economy of the countries worldwide. So, each year on 8th June people come together to raise collective awareness regarding the vital need of ocean in our lives y highlighting the significance of oceans in sustaining a healthy livable planet on various life forms on earth as well actions that can be and are being taken to preserve it for our own good. There is plenty of chance we might eventually get extinct if we don’t take action to conserve it. So, hop along on this journey to find out more about the day. 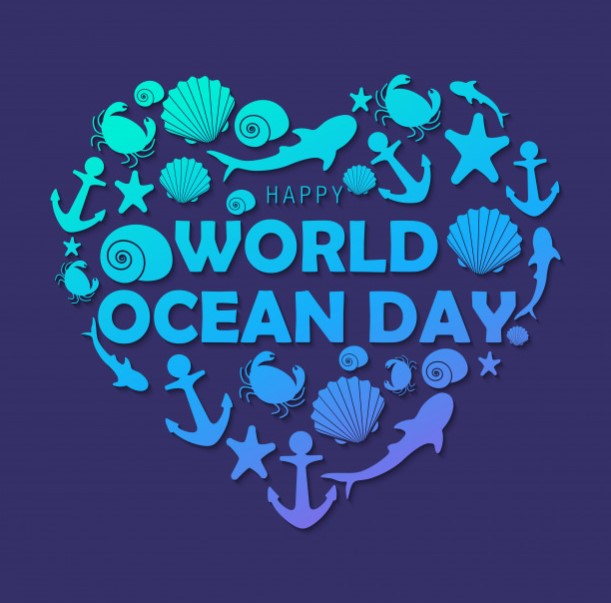 This year’s theme for celebrating the day is “Innovation for a sustainable ocean.”

The history behind World Oceans Day:

It was the year 1992 when Canada proposed the idea of world ocean day at the earth summit. During the year 2002, the ocean project began global promotion and coordination of world ocean day. The WorldOceanDay.org website was launched during the year 2003 to support event organizers worldwide and in that year twenty-five events were held in fifteen countries. It wasn’t until the year 2008that the UN chose to join the bandwagon by giving the day official recognition and included all the oceans by adding an ‘s’ at the end of the world ocean for celebrating the day.

To know how much momentum and growth the day has gained since its inception, all you need to know that during the year 2019 more than 2000 events were held in more than 140 countries worldwide. The focus of the celebration of World Oceans Day is to take preservation measures for 305 of the deep blue to be covered within the year 2030. That critical requirement is being coined as the term 30×30.

How to Celebrate World Oceans Day 2022?

It is perfectly understandable if you are clueless regarding how to join the global phenomenon and do your part. All you have got to do is visit WorldOceansDay.org and join the events there which are within your limit.

Many times we all have polluted the ocean by throwing plastics or other wastages on the ocean. If you are a diver, then you can simply take the day as a chance to clean up the ocean or the beach. Maybe your actions will inspire others not to pollute the ocean by being mindful in the future.

You can find all the guidance you need on how to host an event regarding the celebration of the day on the website of WorldOceansDay.org and plan accordingly to make the day actually count.

You can simply sign the petition on the website of the designated day and download shareable resources from the website and share them on your social media accounts with the hashtags of #WorldOceansDay, #ProtectOurHome, etc. This will help in raising awareness and gain momentum for the celebratory day.

You can also take this day as an opportunity to gain insight about many issues related to the ocean and spread out that knowledge among the people surrounding you.

Why should we celebrate World Oceans Day?

The ocean covers almost 705 of our planet earth and holds 975 of the planet’s water. Oceans provides resources to help us feed ourselves and provides the much-needed oxygen for our breathing purpose. It plays a significant role in the regulation of weather as well as climate. Various life-saving medicine elements have been discovered from the ocean. It is also the home for millions of creatures. Through various industry waste and plastics is the reason behind the death of many water living species. It’s high time we all realize the doom we are ringing on ourselves and actually do something for the sake of our own self.

Oceans cover 71% of Earth’s surface, and they hold 97% of our planet’s water. The oceans help feed us and provide most of the oxygen that we breathe. Oceans also play a key role in regulating the weather and climate. Water evaporating from the oceans falls inland as rain, which we then use to drink and grow crops.

A variety of life-saving medicinal compounds including anti-inflammatory and anti-cancer drugs have been discovered in the oceans. The oceans provide us with abundant opportunities for recreation and inspiration. So, it’s a valid enough reason to love and join in the celebration of World Oceans Day.